Our peas are harvested between July and August every year and, with the average Brit eating 9,000 peas per year on average, it’s not as simple as you might think!

There are approximately 700 British pea farmers working up and down the country. 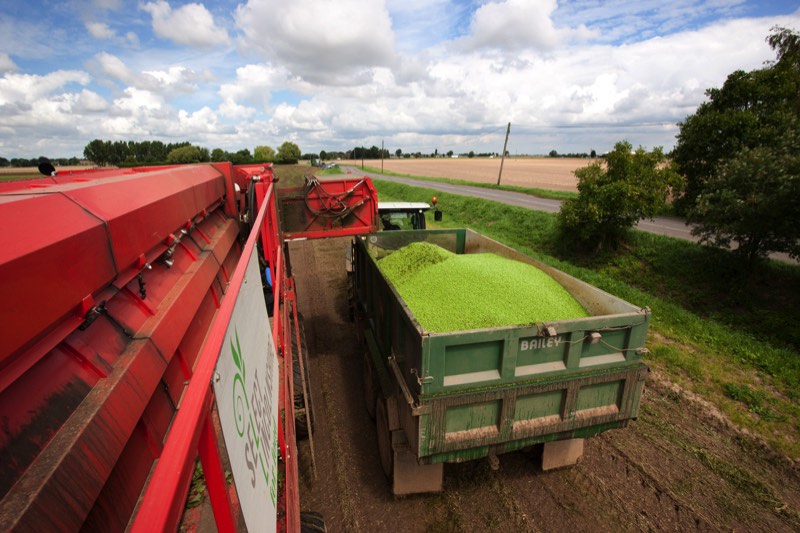 Over 2 billion portions of peas are harvested each summer from 35,000 hectares of land – that’s about 70,000 football pitches! This produces 160,000 tonnes of delicious frozen peas.

The majority of freshly frozen garden peas and petit pois are frozen within 150 minutes of being picked, which locks in those all-important nutrients!

Every pea seed grows into a single pea plant. An average pea plant will have 6 pods with 8 peas per pod, or 48 peas in total.

In an average 28 acre field, we can expect to harvest around 56 tonnes of fresh peas.

Peas are harvested with military precision using a state of the art piece of kit called a pea viner. The viner gently pulls the pea pods from the ground and prises the peas from the pod. These freshly vined peas are then transported to the factory where they are washed, blanched and frozen. 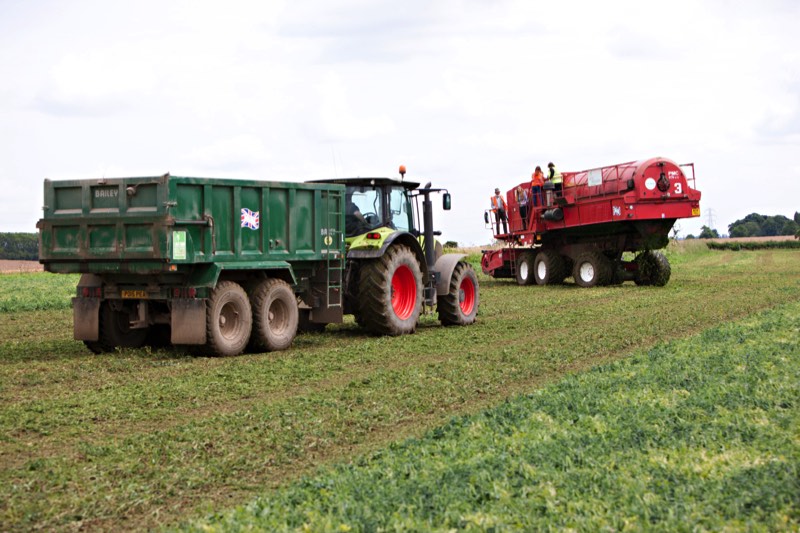 The annual English pea harvest varies in length but typically starts at the end of June until the middle of August.

The length of the harvest is dictated by nature, with the weather playing a big part in the start and end times.

Take a look at our gallery below to see the harvesting process in action.

Brunch plans? We've got you covered with this Gree

Dear pea fans, we know how much you love our tasty

Get involved in #RealBreadWeek by baking your own

Sunday Funday! Get creative in the kitchen with th